It is alkaline blackening treatment: the metal is placed in alkaline treatment solution and heated to 140℃,  the metal itself has chemical action to form black skin film on its surface.

The thickness of the black film is less than 3um, and its chemical composition is ferric oxide.

The film has anti-rust effect. 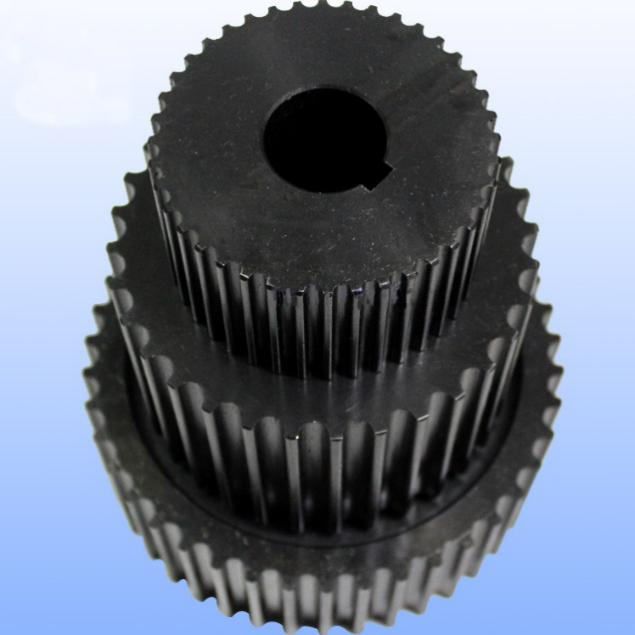 Spray the solid lubricant onto the tooth surface of the gear, and the lubricant adhering to the surface dries to form a film.

The molybdenum disulfide particles contained in the lubricant component penetrate into the metal tissue for lubrication.

Especially in the initial running gear or to prevent fretting corrosion caused by small friction action to play its lubrication effect.

It is generally used where grease cannot be used.

Surface treatment aimed at improving the rust resistance of metals.

With the progress of chromate passivation treatment, the appearance performance has been greatly improved.

The coating thickness is different, the general is about 2~25um.

Phosphate treatment: the metal is immersed in the heated phosphate solution for chemical treatment, so that the metal surface forms a phosphate protective film.

After treatment, the thickness of skin film is about 3~15um.

It is suitable for the products with high dimensional accuracy and complex shape.

The coating thickness is uniform (3~10pm).

The Raydent treatment uses a similar method to electroplating to generate a 1-2um thick black chrome oxide film on the base metal surface. Because the film is integrated with the metal, it is very difficult to peel off.

1. Affected by shape and size, skin film cannot be uniformly formed inside the tooth root or hole

2, the requirements of ROHS corresponding occasions, it is necessary to specify the need to remove hexavalent chromium treatment.

If you are interested in our products, please tell us which materials, type, width, length you want.