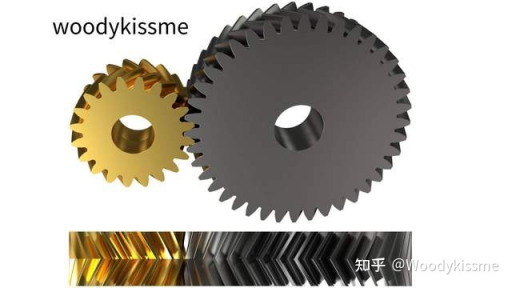 Due to the mutual arrangement of the spirals, opposite axial forces are created on each side, which cancel each other out. This prevents axial thrust that must be absorbed by the bearing.

Due to the relatively long tooth length (due to the inclination), herringbone gears can transmit high torques. However, the complex and therefore expensive production of this gear type is limited to special applications. (e.g. for large transfers). Furthermore, due to structural constraints, subsequent fine machining of the gear teeth (eg by grinding) is almost impossible.

Herringbone gears allow high torque to be transmitted without generating axial forces. Bearing wear is correspondingly low. The production of such gears is very complex and therefore expensive!

Due to the complex manufacturing process, the following double helical gears are often used instead of herringbone gears in practice.

The same effect as a herringbone gear is achieved in principle by a mirror-image arrangement of two helical gears, whose respective tooth flanks also taper in the shape of an arrow. Such gears are then called double helical gears. 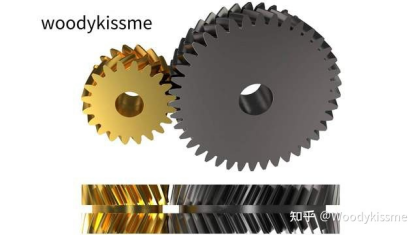 The corresponding helical halves are produced on a common shaft, so there must be a groove in the middle for the manufacturing tool to exit. It is cheaper to produce double helical gears than to produce herringbone gears. 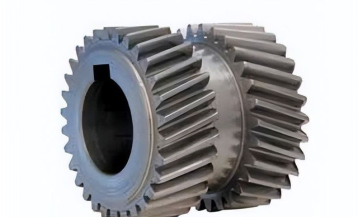 In fact, it is nearly impossible to assemble two separate helical gears to obtain a "double helical gear" due to the very precise mounting required with the mating gears.