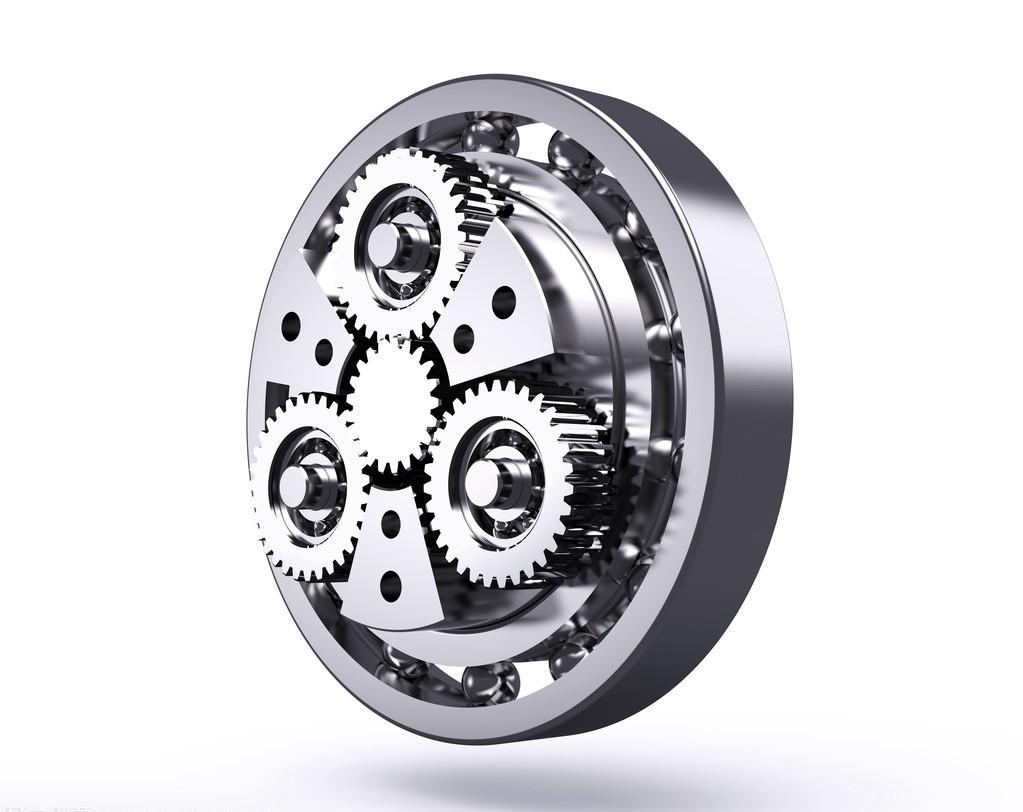 Sun Gear: Usually the motor pinion. In a planetary gear train, the external gear as the sun gear.

Planet carrier: a member that supports the planetary gear shaft and rotates around the axis of the sun gear, generally with three to five planetary gears.

Gear Ring: Usually in the housing. In a planetary gear train, the internal gear as the sun gear.

1) Because the internal layout loss of the gear is small, and the power can be split when the power is transmitted, so it has a very good efficiency level.

2) Because the gear has a large contact area and is always meshed, the wear is small, the noise is low, the motion accuracy and reliability are also high, and the service life is long.

3) The output shaft and input shaft of the entire planetary gear are on the same horizontal line.

The complex structure and working state lead to prominent vibration and noise problems, especially gear fatigue pitting, tooth root cracks and even gear teeth or shaft fractures and other failure phenomena, thus affecting the operation accuracy, transmission efficiency and service life of the equipment. Seven, application It is widely used in reducers, speed increasers and speed changers in various mechanical transmission systems. It is also widely used in aircraft and vehicles (especially heavy vehicles), such as transmissions in automobiles.

It is widely used in reducers, speed increasers and speed change devices in various mechanical transmission systems. It is also widely used in aircraft and vehicles (especially heavy vehicles), such as transmissions in automobiles.